A short history of the development of NicheMapR 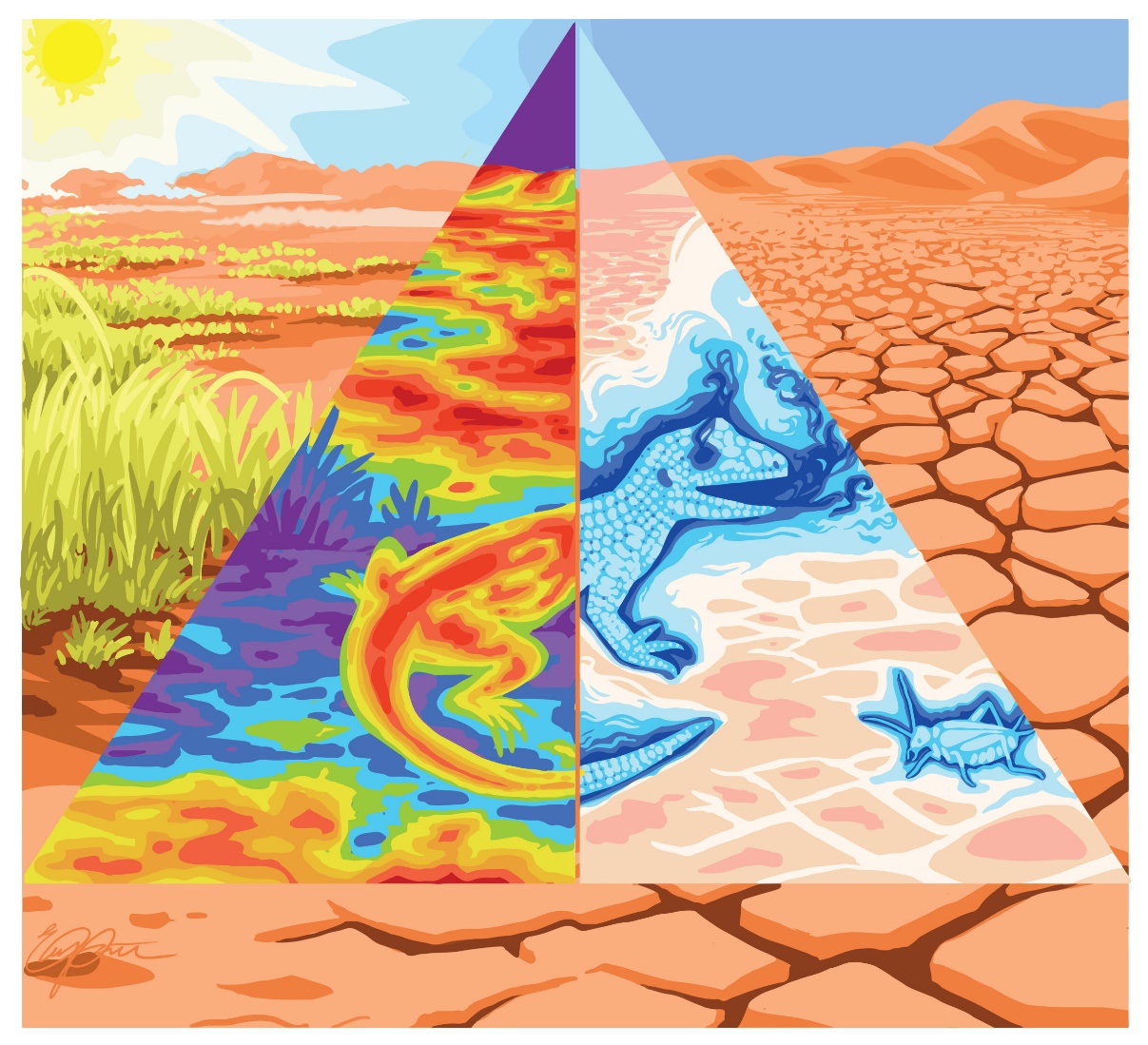 Modelling the thermodynamic constraints on life

The NicheMapR package is an R implementation of a biophysical modelling software suite originally developed by Warren Porter and colleagues in the 1970s. Biophysical modelling is the application of physical principles of heat, mass and momentum transfer to organisms (Porter and Gates 1969; Gates 1980).

Porter became interested in this approach to understand a simple question about a lizard, the desert iguana - what is the thermal advantage to it being able to change colour from dark to light? To answer this question, Porter collaborated with mechanical engineers to develop Fortran programs for computing the lizard's heat budget (Porter et al. 1973). They also developed a microclimate model of the desert environment to estimate the environmental conditions required by the heat budget (Mitchell et al. 1975) that incorporated a sophisticated solar radiation algorithm (McCullough and Porter 1971).

These models allowed them to answer the question about colour change in the desert iguana, but also to calculate many other important aspects of the ecology of ectotherms as determined by the physical environment, including water loss, energy requirements, and even potential interactions with prey and predators (Porter et al. 1975; Porter and James 1979). Tracy (1976) especially developed the approach in the context of wet-skinned ectotherms (e.g. frogs).

Subsequently, Porter and colleagues developed equivalent heat budget calculations for endotherms (birds and mammals). These models involve the same general principles of solving a heat budget, but in the case of endotherms a solution is found for the metabolic rate or water loss rate that balances the heat budget, rather than finding a solution for the core temperature (Porter et al. 1994; Porter et al. 2000).

Modelling at the landscape scale

In 1998, Porter spent a year at the National Center for Ecological Synthesis and Analysis (NCEAS) as a research fellow and began to apply biophysical calculations at the landscape scale (Porter et al. 2002). In 2002 Michael Kearney visited Porter's lab on a Fulbright fellowship as part of his PhD research, extending this spatially-explicit work to develop mechanistic species distribution models that map the fundamental niche to space (Kearney and Porter 2004). They contrasted this approach with correlative approaches to species distribution modelling (Kearney et al. 2008; Kearney and Porter 2009; Kearney et al. 2010). The software suite of the microclimate, ectotherm and endotherm models began to be known as 'Niche Mapper'.

The mass budget aspects of Niche Mapper were initially of a static, empirical nature. That is, metabolic rates and other rates such as digestion, metabolic water production, growth and reproduction were computed from allometric functions of mass and body temperature. However, it was found that Dynamic Energy Budget theory could be integrated with the Niche Mapper system to make these calculations from first principles in an integrated manner (Kearney et al. 2010). This provided a stronger thermodynamic basis to the approach opened up the capacity for full life-cycle models that were explicit about life history, phenology and nutrition (Kearney 2012; Kearney et al 2013).

The Niche Mapper programs were developed in the Fortran language, in part because it was the dominant numerical modelling language at the time the programs were first being developed. However, since around the year 2000 the R programming environment began to emerge as the dominant working language in ecology. Kearney created R interfaces to the Niche Mapper Fortran code and developed it into the 'NicheMapR' package. The microclimate model was officially released first (Kearney and Porter 2017), including new capacity to simulate soil moisture (Kearney and Maino 2018) and snow (Kearney 2020) and a beta version of the ectotherm model. The ectotherm model was officially released subsequently in NicheMapR v2.0.0 (Kearney and Porter 2019), along with a beta version of the endotherm model.